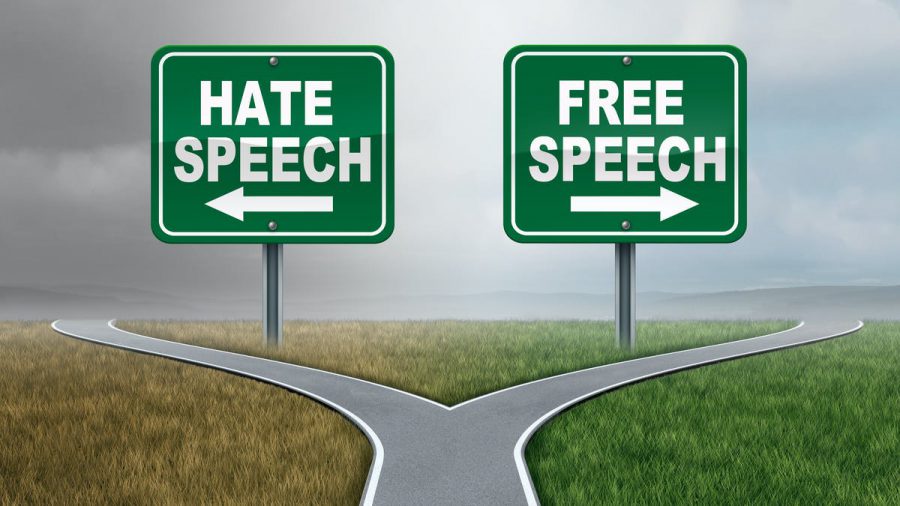 If I insult you that’s my right for freedom of speech that allows me to do that, but if you insult me, that’s hate speech and beyond the permissible limits. You tell me who the target of the insult is, I tell you whether it is free speech or hate speech.

You might have been surprised when you read the above lines. But that’s one of the most bitter realities of today’s world. In this article, we compare the reactions to the cartoons of Prophet Muhammad and 5 other similar cases.

What strikes the attention is the deliberate insistence and stubbornness in publishing defamatory cartoons of Prophet Muhammad. The question is why they try to do that again and again. We have also answered this question in this article.

Netanyahu on the Body of a Dog

In April 2019, the international version of The New York Times published a cartoon, depicting Israeli Prime Minister Benjamin Netanyahu’s head on a dog’s body with a blue Star of David dog tag, leading the former US President Donald Trump, who is blind and wearing a Jewish skullcap [4][5]. The cartoon has similarities with Lars Vilks’ derogatory drawings of Prophet Mohammad published in 2007 in several newspapers. The reactions to these cartoons have been compared in the below table:

Macron Billboard Depicting Him as Hitler

In 2021, Michel-Ange Flori, a wealthy billboard operator created and pasted billboards that showed Macron represented as the Nazi leader, with his toothbrush mustache, in full uniform and with the swastika armband altered to read LREM (La République En Marche), the president’s governing center-right party. The accompanying slogan reads: “Obey. Get vaccinated” [31]. The large images appeared in the Var in the south of France. The billboard has similarities to some of the published cartoons of Prophet Muhammad. The two sets of reactions have been compared in the below table.

In May 2018, the German national daily newspaper, Süddeutsche Zeitung published a cartoon of Netanyahu carrying a missile marked with the Star of David in his hand. He is dressed up as Israeli singer Netta Barzilai, who won this year’s Eurovision contest. A speech bubble on top says: “Next year in Jerusalem” [36]. The cartoon has similarities with some of Prophet Muhammad’s cartoons depicting him with bombs or weapons. The reactions have been compared in the below Table:

In July 2008, Maurice Sinet, the French cartoonist, wrote a column in the magazine Charlie Hebdo about then-president Nicolas Sarkozy’s son Jean. It contained a comment on Jean’s rumored impending conversion to Judaism so he could marry a Jewish heiress of the wealthy Darty family, Jessica Sebaoun-Darty: “He’ll go a long way in life, that little lad” [43]. The reactions have been compared below:

French President’s Lash out at a Journalist

In September 2020, A French journalist, Georges Malbrunot, wrote a piece published in Le Figaro exposing in an article an unannounced meeting by French President Macron with Hezbollah. He reported that Macron has threatened to impose sanctions against leaders of the militant faction who may be resistant to the necessary reforms that France seeks [49]. Here is the comparison of two sets of reactions:

Comparison of the Words and Statements

The words and statements that reveal the judgments of different groups of people about Prophet Muhammad cartoons and the similar cases have been compared in the below Table:

The tables are self-explanatory! It illuminates huge blatant double standards.

The above tables do not need any explanations. Similar contents prompted contradictory reactions. It is very shameful for those who claim they are defending the freedom of speech. Those who give and receive courage awards in free speech because of Prophet Muhammad cartoons. The similar content (a cartoon or an article) that they find insulting and defamatory, when it comes to Prophet Muhammad becomes a symbol of free speech. They just agree with mocking and insulting Prophet Muhammad and in many other similar cases, they do not believe in freedom of speech and are against it. It seems that the freedom of speech is being used as a tool to defame Prophet Muhammad, Islam, and Muslims but it is significantly ignored or limited by the same group wherever they prefer. That’s a shameful irrational double standard. There are three possible reasons for such reactions:

It has been previously proved in several studies that insult, defamation, and libel are not free speech. Insulting and mocking other people has nothing to do with criticism of something or starting a debate [51]. The cartoons link Prophet Muhammad with violence, terrorism, and the oppression of women, in ways that involve little or no ambiguity and no attempt at humor or satire [52]. It has been already proved that the Prophet Muhammad cartoons constitute hate speech in the context of European legal developments and precedent [52].

The right to freedom of speech is being abused by some people to defame and damage the reputation of others. They are trying to mix up the explicit defamation and mockery of Prophet Muhammad with the freedom of speech and introduce it as a modern value so that they can pretend to be champions of free expressions in the modern age.

The mixing up of the insulting and defamation with the freedom of speech is either a matter of unawareness or a means of escaping to forward. Most of those who were involved in publishing defamatory cartoons (cartoonists, editors, and their supporters) try to draw a veil over their advocacy of hatred and damaging the reputation of others, and pretend that they are the defenders of freedom of speech. They violate human rights and with their astonishing intellectual posturing claim that they defend it. They have found a good way to escape forward. A strategy to divert the view of the others toward them as heroes and a tool utilized to escape from fulfilling their commitments such as defamation, libel, and insult which are criminal offenses according to law.

While they stay silent about many war crimes, crimes against humanity, genocide corruptions, human rights issues, etc., they are brave champions in inferiorly mocking the respectful Prophets like Prophet Muhammad and Jesus who are symbols of dignity, higher goodness, and kindness or saint marry who is a symbol of purity, goodness, eternal innocence and motherly affection.

If they are unable to distinguish between free speech and insulting speech, I suggest that the world leaders think about this quote of Prophet Muhammad: “I joke but I do not speak other than the truth”. Quran and the Prophet Muhammad’s teachings have prohibited mocking, ridiculing, defamation, libeling, and insulting others, no matter who they are but respect the right for freedom of speech and criticism in a polite way. It seems that this should be adopted as a more reliable modern value than what we see in today’s world. A teaching that erases all the double standards.

[40]       “Questions and Answers on the Danish Cartoons and Freedom of Expression,” Human Rights Watch, 2006. https://www.hrw.org/report/2006/02/15/questions-and-answers-danish-cartoons-and-freedom-expression/when-speech-offends.