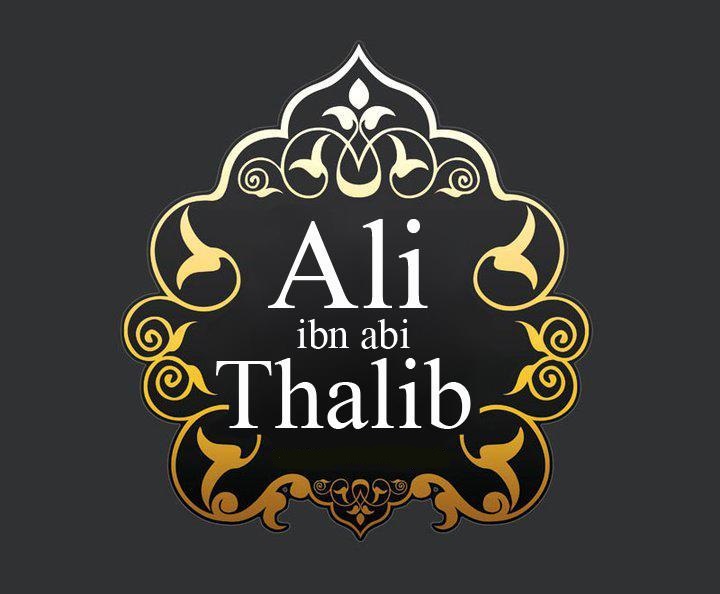 Ali ibn Abi Talib (Imam Ali)’s writings explicitly make the connection between Justice and Truth in the sense of the proper ordering of things.

After the Prophet Mohamed, Imam Ali was the best example of great morals
and ethics, including justice. He lived for justice and was very firm in his belief that everyone should have a right to live in security, that there should be food and shelter, and clothing for all. He considered humanity as one family where there should be tolerance for all irrespective of race, creed and color, wealth, or adversity.1

A short story between a Christian man and Ali during the time of his caliphate was among many stories that reflected the imam’s just nature.

It is narrated that Ali’s shield went missing after the battle of Siffin. He later found it with a Christian man by recognizing it through its distinctive decorations.

And although he was a caliph at the time, it is narrated that Ali took the man to the judge to decide on the matter. The judge was to decide on whether the shield belonged to Ali or the Christian man.

The judge asked the Christian man to respond to the allegation of Ali that the shield belonged to him, while referring to Ali as “Amir al-Mu’minin” (Commander of the Faithful Ones). The man claimed that the shield was his, but also that Ali was not a liar.

Ali then replied that the judge had no right to refer to him as “Amir al-Mu’minin” when he was appearing before the judge as a normal citizen.

Ali went on to say that the Christian man was right because he had no evidence with him. The judge ruled in favor of the man, who took the shield and left.

It is narrated that the man later said: “I bear witness what I saw now is the justice of Messengers and Prophets. And the Amir Al Mu’minin went to the judge to take his rights from me! I bear witness there is no one worthy of worship except Allah, and I bear witness that Muhammad is the Messenger of Allah.”

He then explained that he took the shield from Ali after following the Muslim army in one of the battles.

Social justice includes several elements that the most important of them are as follows:

(1) The dignity of the human being and the importance of the community, (2) equality and equitable distribution of wealth, (3) standing against oppression and protection of the weak against the strong, (4) provision of social security, and (5) observation of man’s social rights.
All these elements have been dealt with in the words and deeds of Imam Ali and adopting moderation and justice is the guiding principle of his life.

Ali ibn Abi Talib in a letter to Malik, his Governor-designate to Egypt writes:

Do justice to Allah and do justice to the people even though it may be against your own interest, that of your near ones or of your
subjects, when you have an inclination.

If you do not do so, you would be oppressing. When a person oppresses the creature of Allah, then Allah becomes his enemy on behalf of the people, and when Allah is the enemy of a person, He tramples upon the latter’s pleas and prayers. He would remain in the position of being at war with Allah until he gives it up and repents. Nothing is more inductive of reversion of the bounty of Allah or the hastening of His retribution than continuance in oppression, because Allah hears the prayers of the oppressed and is on the lookout for the oppressors.

He was quick to forgive an offender to him, as he was slow to resent an
injury