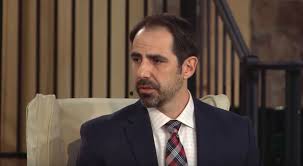 Joel Richardson is the author of several books about Islam, Antichrist, the Middle East, etc. It is claimed that he is an expert on the Middle East and Islam.

Here, It has been shown and proved that there are many “Lies” (carefully designed lies) about Islam, Muslims, and Prophet Muhammad in his books. Historical events have been distorted by him to support his lies.

The readers can judge.

His writing style has been carefully selected to bring to the readers’ mind, that the event had been a violent one. Black Flags and Punishment are supporting the scenario. However, the Truth is something else.

The “something written” on the flag is a Lie. Nowhere in history has been mentioned that a word or else had been written on the flag in the conquest of Mecca.

The black flag is not a sign of revenge. Before emerging Islam, there had been black flags in Mecca and the tribes lived in Mecca used it in their army.

The black flag was called Eagle (before Islam) which was a sign of power and victory. The word “Eagle” in Arabic is written with the same spelling as “punishment”. This has been abused by Richardson to support his lie. The historical references prove that the fag had been a back colored flag called Eagle.

Richardson loves to bring a “revenge scene” to the minds of the readers. But it is a historical fact that Prophet Muhammad entered Mecca peacefully and forgave his enemies.

The readers can compare the Truth with Lies of Joel Richardson and judge.